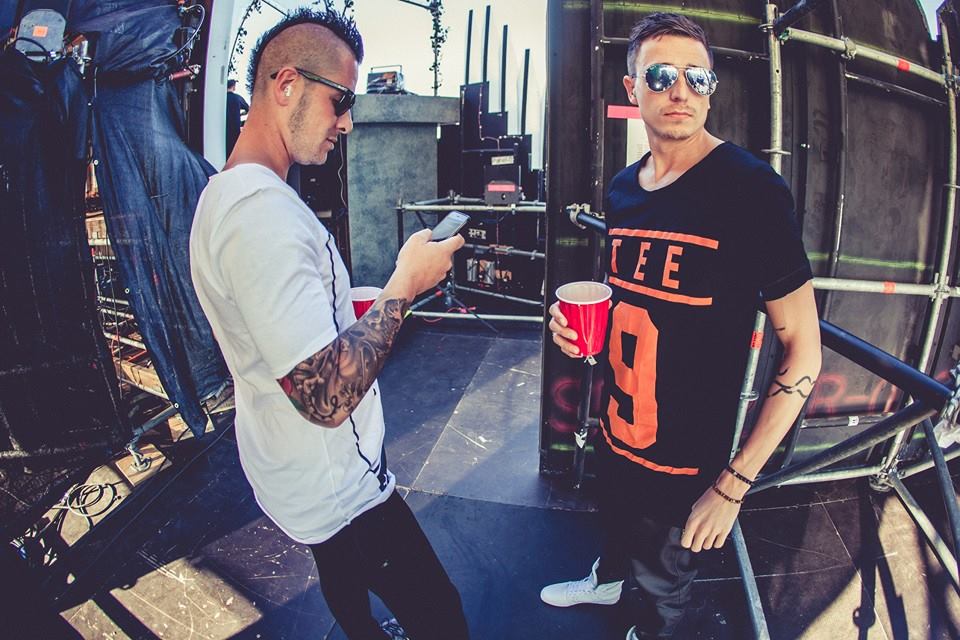 A message from Idir

I have not been feeling well for a while. And when I say a while I mean the better part of the last year. Pretty much I’ve been feeling pretty awful for the most part of the three years we’ve been conquering the world with Blasterjaxx but its only recently that I’ve really been able to pinpoint what’s been going on.

At first I was so caught up in the insanity of instantaneous success that I didn’t notice. I drank more, slept less, ate worse you know…the ‘usual’. As a result I felt – naturally – I had less time to work out, speak with friends and family and also less time to put in the much needed hours of production work.

I like to think I’m a professional and so the level of stress I initially felt from the pressure to keep everything going I brushed off as ‘part of the job’. And so you carry on. The fact that the anxiety I was starting to feel when new dates were looming was becoming increasingly bigger is just something I pushed to the side – there was a job to be done after all…

And even when I couldn’t see it myself – I am surrounded with a good team of people, who were pointing out that drinking while having a lung infection and being on anti biotics wasn’t a healthy choice, that the excuses I started to voice for not getting on a flight were verging on the ridiculous. But they all made sense to me at the time. Basically I was becoming a bit of an asshole to the people around me.

We tried all kinds of things to reduce the anxiety and stress, from touring less, putting in more free time, taking more expensive but more relaxing travel options. We build the studio we felt we missed on the road, I bought the house I needed as my own place to call home, I moved my girlfriend from the states to the Netherlands. It helped initially, I felt better but the idea of being on the road was suffocating me… I just could not think straight and my spells home were just there to help me recover ever so slightly before needing to go back on the road. I LOVE performing, if only there was a Scotty to beam me from home to stage I’d be all for that.

And then it hit me…my first panic attack…I couldn’t breathe…my head was spinning and I had to go on stage in less than an hour…I didn’t know if I wanted to faint or throw up. The doctor came and ordered me to run around the block a few times. And prescribed me some pills…the runs helped but the pills felt GREAT. That was a fantastic solution! Now I took some pills before the flight too! And then BAM in the car on the road just back home not even touring…another panic attack…At this point I didn’t even need to do many more dates before we were to have another month off…I started not sleeping at home, what if the pills were the only thing that could keep me going, what if the fans saw I could not really keep it together, that I felt I was going insane…what if, what if…

Ultimately it was my manager who sat me down and made me take a good look at myself and my situation. We spoke about physical and mental health and how much of that is still a taboo in our world. Pretty soon after I figured out that actually to be able to continue with Blasterjaxx I needed to step back and get off the road. Physically and mentally I am not wired to be on the road like this and I need to make the right decision before things start going wrong past a point of no return. I don t want to be one of those guys, cancelling dates and checking into hospital with ‘exhaustion’. It s a heavy decision, not just for me but also for Thom, who I’ve shared this whole journey with and who has supported me throughout all this.
Blasterjaxx will always be Thom and me, just that our roles will change. From December onwards Thom will take the stage as Blasterjaxx by himself and we’ll continue the studio work together as before, just that I ll be doing my bits strictly from the studio at home. We’ve completely synched our studio set ups to ensure we can continue our integrated production process as before and I know Thom will be kicking ass on the stage like he always does.

I know that I am opening myself to criticism, that there are still many that expect you to just ‘man up’, that there will be people trying to take advantage. But having experienced the real challenge of maintaining a healthy body and mind; opening up like this is the least I can do to keep you all informed about what’s really going on. I know I will be ok – I have the best partner/team and most of all fans in the world.

Thom: Everyone who knows us, knows how close we are. Me and Idir are brothers for life, and even though I am sad that I won’t have Idir with me on the road every single day it was killing me to see idir go through what he was going through and I am glad we’ve found a solution. We really need this new set up to ensure the growing future for Blasterjaxx, to allow our sound to evolve to something even bigger and better and to ensure the endurance of the Blasterjaxx sound, but most importantly to ensure Idir’s health.

Note from mngt: Blasterjaxx will perform as a duo for all dates until November 28th.